Why is Protecting Your Trees So Important? 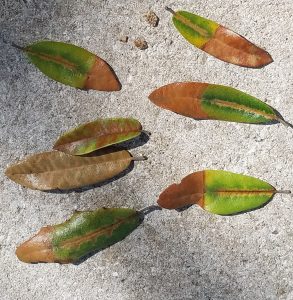 Bretiziella Fagacearum is a type of fungus found in oak trees that is responsible for Oak wilt and the eventual death of the oak. The fungus is similar to yeast and this is carried along the vascular system in the tree sap. It excretes digestive substances, which once in the vascular system are fatal to the oaks. Red oaks, once infected, are guaranteed to die. Live oaks can survive many years or die within months. White oaks have cells in the wall of the sap-vessels that react to it by producing gum-filled enlargements (tylosis-a white rubbery substance), which then clog the vessels. This possibly may be an effort of defense by the tree to control the spread of fungi, but in doing so it suffocates/ starves itself. (A defeatist attitude, kill yourself, kill the disease and the effect is like a serious cholesterol problem in humans). In all oaks once the flow of nutrients and water is stopped then soon after the outward signs of the disease can be seen: yellowing leaves, tips of the leaves turn brown, and venial necrosis (the main venial rib turns brown, the area between the veins remains green or yellow). Depending on the type of oak and the severity of the infection, fatality can be a few weeks to a few months after the initial signs are seen. In many cases of the Live and White oak species, the tree can “survive” for several years with the fungus but they almost never look healthy once infected and steadily decline. You will notice the canopy getting thinner year by year until no leaves are left.

The diseases primary transfer of infection is through the root system at a rate of 50 to 100 feet per year. All oak trees have the potential to spread the fungus through inter-grafted roots, usually among the same species. Although rare, the roots of two different oaks can graft if in close proximity to one another.  Another way the disease is transferred is by the sap sucking beetle (Nitidulidae species). The beetle, a long distance vector, carries the fungal spores from a spore mat developed only on red oaks that have succumbed from Oak wilt. During warm spells in the early spring the young beetles emerge from fungal mats and are able to fly several miles to find an oak tree that has cuts or wounds and feed on the sap. If successful it gives off a scent to alert its little friends to the find. This is the beginning of the end for the tree because the beetles infect the sap with the fungal spores. As we study the spread of the fungus we have discovered that other insects may be carriers of the fungus as well. In Illinois they warn of the spread of Oak wilt by squirrel. We also believe that unclean cutting tools can spread the fungus from one tree to another. We continue to research other possible ways in which the fungus can be transferred.

Gestation in Live oaks can take about four to six months(less in some cases) and there are no noticeable effects of the disease until you see the start of the foliar effects. Red Oaks can die within weeks of becoming infected. Leaves usually begin to shed from the top down in rapid discoloration. White oaks are more difficult to diagnose since they don’t always show the leaf sign but rather die back one or two branches at a time.

The pathogen has to have a healthy living host to survive. It cannot live in the soil or dead wood tissue.

Prune your oaks ONLY during the hottest or coldest times of year, usually July thru February and spray the cut with paint IMMEDIATELY! The nitidulid beetle has been found to be active almost year round in the Texas hill country and could still infect oaks that have be trimmed or pruned. It is also recommended that you sterilize your cutting equipment between trees. Although there is no scientific evidence of transfer, we encourage good pruning practices at all times.

What can be done

All oaks are at risk of contracting Oak wilt!!  While White oaks such as Bur and Monterrey are less susceptible we have found Oak wilt in them in three different counties in the area. It is important to monitor the health of your oak for broken limbs, leaf abnormalities, pest infestation, etc. and contact our certified arborist for a consultation. Preventative and therapeutic treatments are available, as well as Do-it-Yourself kits. There is no known cure for Oak wilt, but that doesn’t mean they cannot be protected from getting it. It is a small investment when you consider the other alternatives. 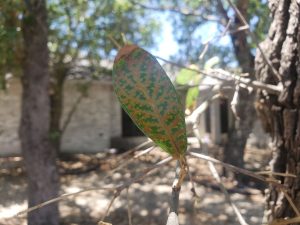 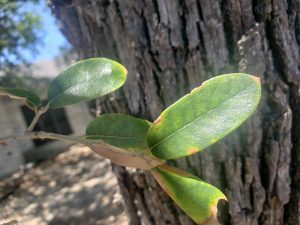 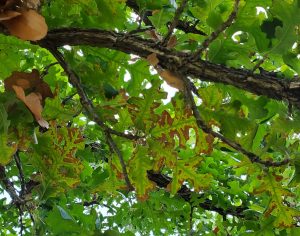 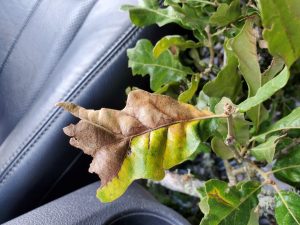 The Transmission of Oak Wilt   https://www.fs.usda.gov/treesearch/pubs/10706

Challenges and successes in managing oak wilt in the U.S.  https://www.fs.usda.gov/treesearch/pubs/39191

Things you should know about Live oak decline  https://aggie-horticulture.tamu.edu/plantanswers/trees/oakwilt.html

At Rockoff Tree Solutions we take customer service seriously. We love what we do and want to exceed your expectations. Feel free to get in touch with us by clicking the link below.

Get in Touch
Go to Top